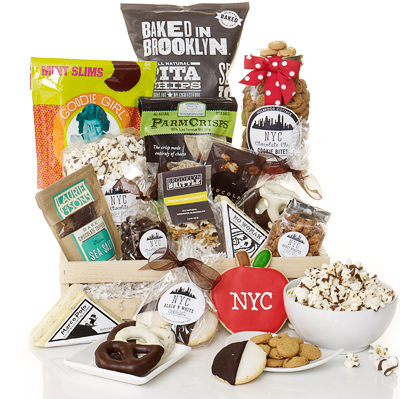 Making your list and checking it twice? Too early. Last week I proposed giving serious consideration to sending 2018 thank you gifts before Thanksgiving. I do not know what you decided but it really doesn’t matter when you send your thanks. It is just important we do. One of my favorite thank you’s is a New York Inspired Gift Basket. And I love to send one that has black and white cookies or pretzels in it. So New York! We include this item in New York inspired baskets often.

The history of this New York food icon was unknown to me. So I did some research. Seinfeld made it a symbol of racial unity in the 1990’s when he instructed Elaine how to properly eat a black and white cookie, “Look, Elaine, I love the black and white ------- two races of flavor living side by side.

If people would only look to the black and white, all of our problems would be solved.” Well, it probably was never a symbol of racial harmony. History and food lore suggest that it probably can be traced to good old fashion commercialism following a trend in desserts at the turn of the century. However, some believe it descended from upstate bakery in Utica, Hemstrought’s Bakery, who called it the half moon or maybe from Bavarian bakery, Glaser’s Bake Shop in Yorktown.

Whatever its origin, we have included them in many of our New York inspired gift baskets. Sending a taste of New York inspired gourmet gifts will receive raves whether the recipient is a displaced New Yorker longing for the Big Apple or someone who has never lived in the greatest city on earth. 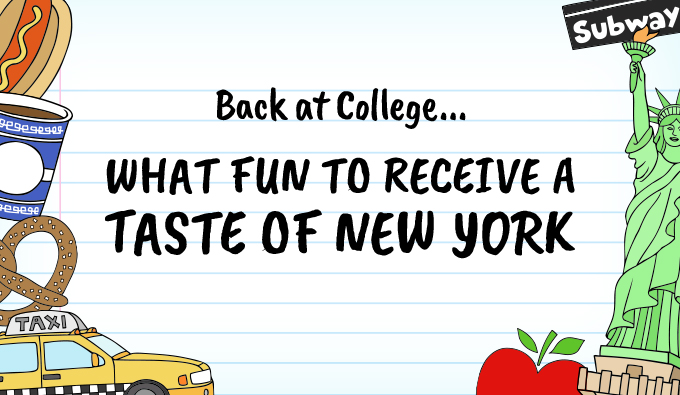 SEND YOUR COLLEGE STUDENT A TASTE OF NEW YORK

Yesterday, I was in Manhattan at a service in the Village. Lined up all along lower 5 th Avenue were cars loaded with college students and their belongings. Oh! How I remember those days dropping off Katie at Georgetown. Always bitter sweet. That stretch between college drop and Thanksgiving can be a long one. Wouldn’t it be fun to send a little [...]